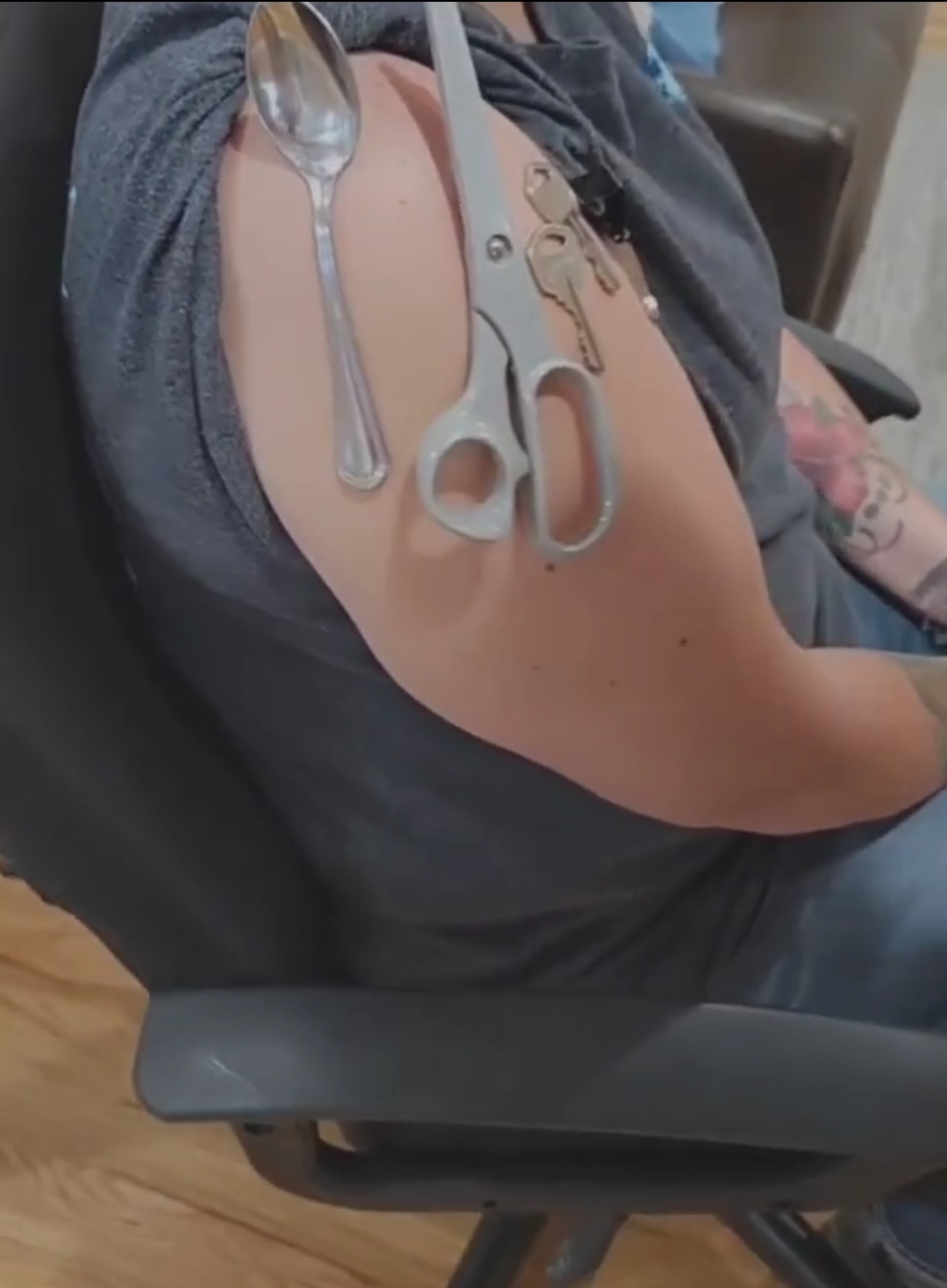 Mrs Step says she received the vaccine at a Walmart pharmacy and showed Skyline News reporter Chad Nesbitt her vaccination card. Nesbitt said, “Before we went LIVE she let me place the Scissors on her arm. As I slowly pulled the scissors away I could feel a slight resistance, as if something was pulling the scissors back to her skin.” Nesbitt said, “I didn’t understand the keys staying on her because keys are made of brass and nickle. So when I got back to the office I put a magnet on a bunch of keys we have. Three out of the twelve keys had magnetism. The rest didn’t. So not all keys are made out of brass and nickle. Some are mixed with steel.”

Since the video, people from all over Western NC has sent in videos and pictures of metal objects sticking to their arms where they say the covid vaccine was injected.