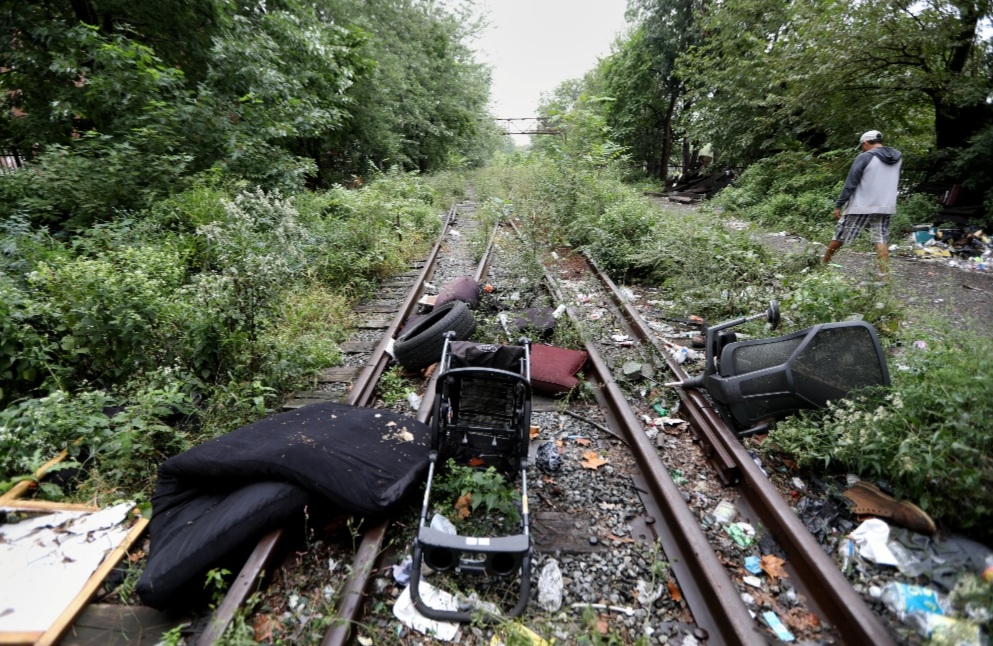 Before a railroad operator can abandon its right-of-way, it must first secure approvals by the Surface Transportation Board. When that abandonment process takes place, public agencies can agree to “railbank” the corridor–essentially convert it to a trail until the railroad might need the corridor again for rail service.

If there is no interim trail use conversion, then the abandonment will proceed, and in such cases, once the abandonment is finalized, adjacent property owners may be entitled to a return of their property (i.e., to the middle of the rail corridor) if the railroad held an easement.

Similarly, if the trail conversion proceeds, adjacent property owners may be entitled to just compensation for the area that would have otherwise been returned to them in the event of an abandonment.

The concept is that by converting an abandoned railroad into a trail use, the government is depriving the adjacent owner of property that would have otherwise been returned to the owner.

Rails To Trails is a non-profit conservancy. Their website says, “We believe that every person—regardless of race, gender, geography, income, age, ability, sexual orientation or expression, or other minority status—deserves access to free, accessible and safe places where they can walk, bike and be active. We believe trails have the power to transform communities and create joyful, vibrant public spaces that are equitable and inclusive.”

More than 100 property owners near the future “Ecusta Trail” in Brevard have joined lawsuits against the federal government in hopes they will be compensated for land taken for the path, which would be built over the abandoned rail line. Property owners are also concerned about there safety and property value as they say the people traveling from town to town are vagrants and sometimes criminals.

Brevard resident Scott Martin said, “My family gave the right of way to the railroad not to a group of socialists that want to turn Western NC into Portland Oregon.”

In regaurds to the Portland Oregon trails WGME reporter Mal Meyer said, “But what we thought were two sites are actually much, much more.” Meyer said, “The crews found more than 600 needles….”

Hendersonville resident Alexis Hensley said, “Trains using our right of way is one thing but people, that we do not know, walking through my back yard is another.” Hensley said, “My kids play in the back yard. We will not feel safe.”

The Rails To Trails website says, “In eight places across the country—places that are diverse in their geography, culture, size and scope— Rails-to-Trails Conservancy is investing in projects and partnerships that demonstrate what is possible in all types of places when 21st century trail networks are central to our lives. The results that our TrailNation projects can deliver for communities nationwide are powerful.”

Rails To Trails lobbies Congressmen like Speaker of the House Nancy Pelosi. Pelosi’s district is in San Francisco California where the Rails To Trails “Bay Area Trails Collaborative” is located.

In regards to the Bay Area Trails San Francisco resident Andrew Subbiondo said on the Cruze Needles website, “They, (clean up volunteers), lost count after 2000 needles. Needles can be found on our hiking trails. The workers and volunteers cleaning up the heaps of trash and hazardous waste deserve serious respect.”

Pictures were taken at the Rails To Trails – Bay Area Trails.

All messages from Brevard City Council members were not returned.