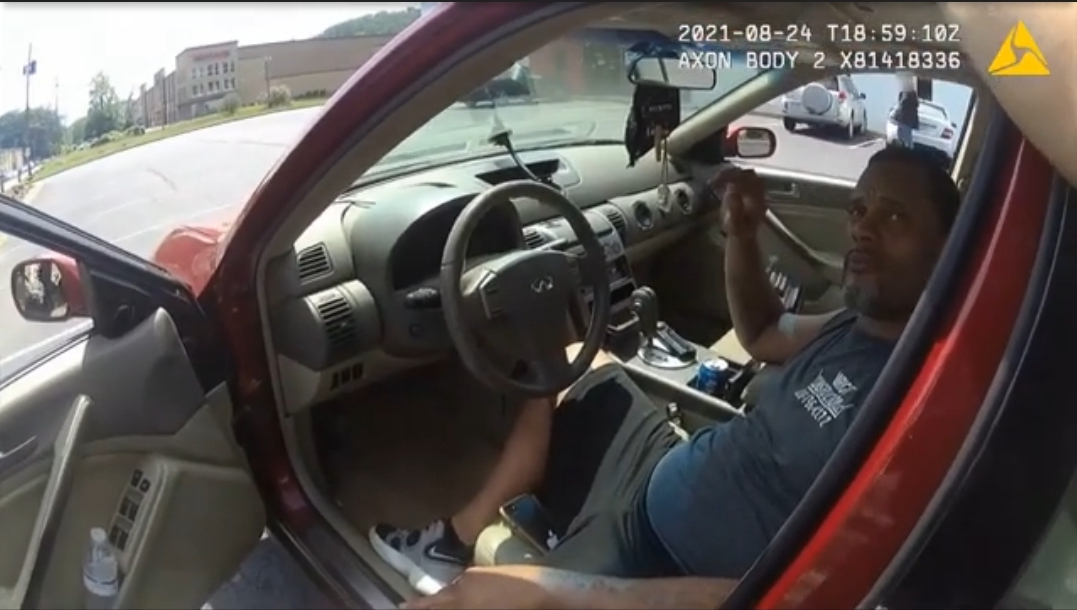 In a press release from the Town of Woodfin, three body cam videos and a description of an arrest was released. The press release said- “In a Superior Court order dated September 20, 2021, Judge Steve Warden granted a September 2, 2021, petition by the Town of Woodfin to release body cam video footage recorded by three Woodfin Police Officers. The officers responded to a 911-dispatched medical call on August 24th, with callers reporting an unresponsive man in a parking lot on Riverside Drive.

After arriving first on scene, Officer Colbey Mehaffey approaches Jonathan Barker’s car, and the viewer will see that Mehaffey’s video is briefly interrupted during the ensuing altercation. He is subsequently joined by Officer Jamie McCandless and Detective Jason Gregg.

The Town requests that any video footage used be made available to the public in its entirety. A bystander previously provided partial video and personal commentary on the incident as he came upon the scene.

Town Administrator Eric Hardy commends the officers, and says, “It is painful to watch the situation unfold through Officer Mehaffey’s eyes. The video reminds me that we are all human, and that Mr. Barker’s story is more than this one video shows us. The same may be said about our officers.” – end of press release.

Below is the three officers body cam footage in its entirety. Two of the videos will need your age to proceed viewing. You must be over 18 years old or older.

Woodfin resident Ola Solsby said, “The Asheville Citizen Times owes these officers an apology. They are always writing stories detrimental to law enforcement with out showing both sides of the story.”

Tune in tonight with “Nesbitt LIVE” for commentary.