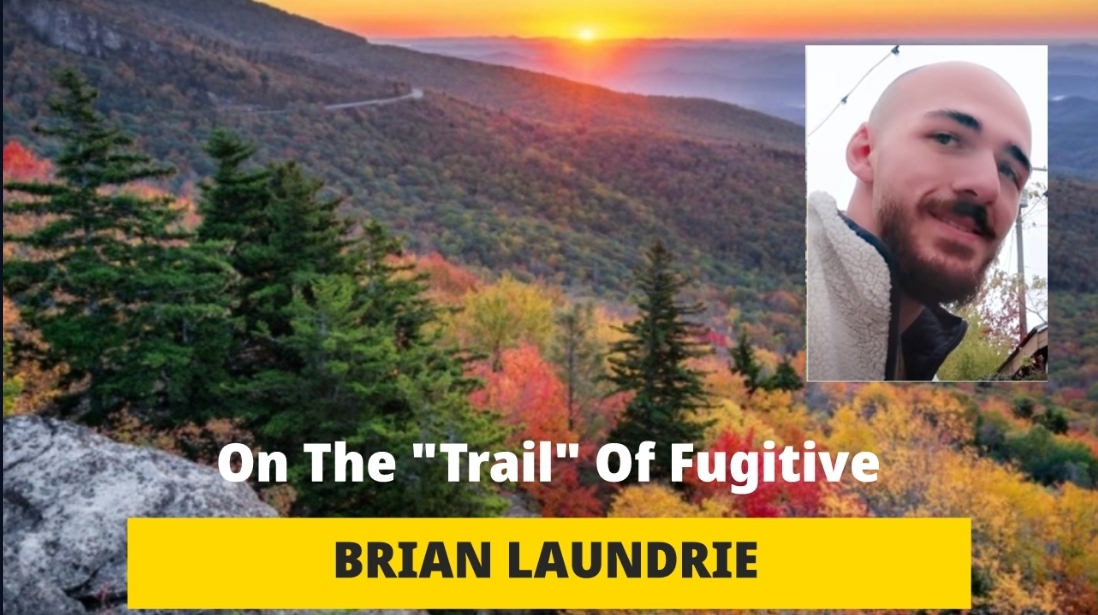 A Hyundai Sonata with tag number FKF-3705 was seen in Madison County and Greenville TN registered to a Thomas Laundrie in New Bern NC.

A woman was seen driving a white Hyundai Sonata twice with a man matching the description of Brian Laundrie. The woman is described to be in her 20’s with dark brown hair.

Source says he spoke to Thomas Laundrie at cabin. Source says woman seen with him looked like she did not want to be there.

Skyline calls the Green County Sheriff’s Office. Three Deputies knock on door of cabin thought to be the cabin that woman was in distress. It was the wrong cabin.

Man fitting description of Brian Laundrie hides in the bushes, one block from Uncles New Bern home, after realizing he is on camera.

Two drones come out when Skyline investigators get close to cabin at night via National Forest property.

Witness says he saw Brian Laundrie in a white F-150 truck near near Waterville Rd off I-40. That’s at a trail head for the Appalachian Trail.

White F-150 shows back up, yesterday, at the cabin that the drones flew over.

Why are the Feds not searching here in the mountains? Or are they?

The Instagram pictures of Gabby Petito and Brian Laundrie show the two were on the Appalachian Trail several months ago.

Skyline has five investigators and ten US Veteran Special Ops team members searching for Brian Laundrie but it is a large area. No one knows the search area better than the bear hunters. The local bear hunters just had dog training trials and it is over. Bear hunting season starts on October 15th.

Skyline would like to ask all bear hunters within the search area to check your wildlife cams as soon as possible. We are also asking to look for a white F-150 in areas that would not be seen from a road with a lot of traffic especially in the Max Patch area.