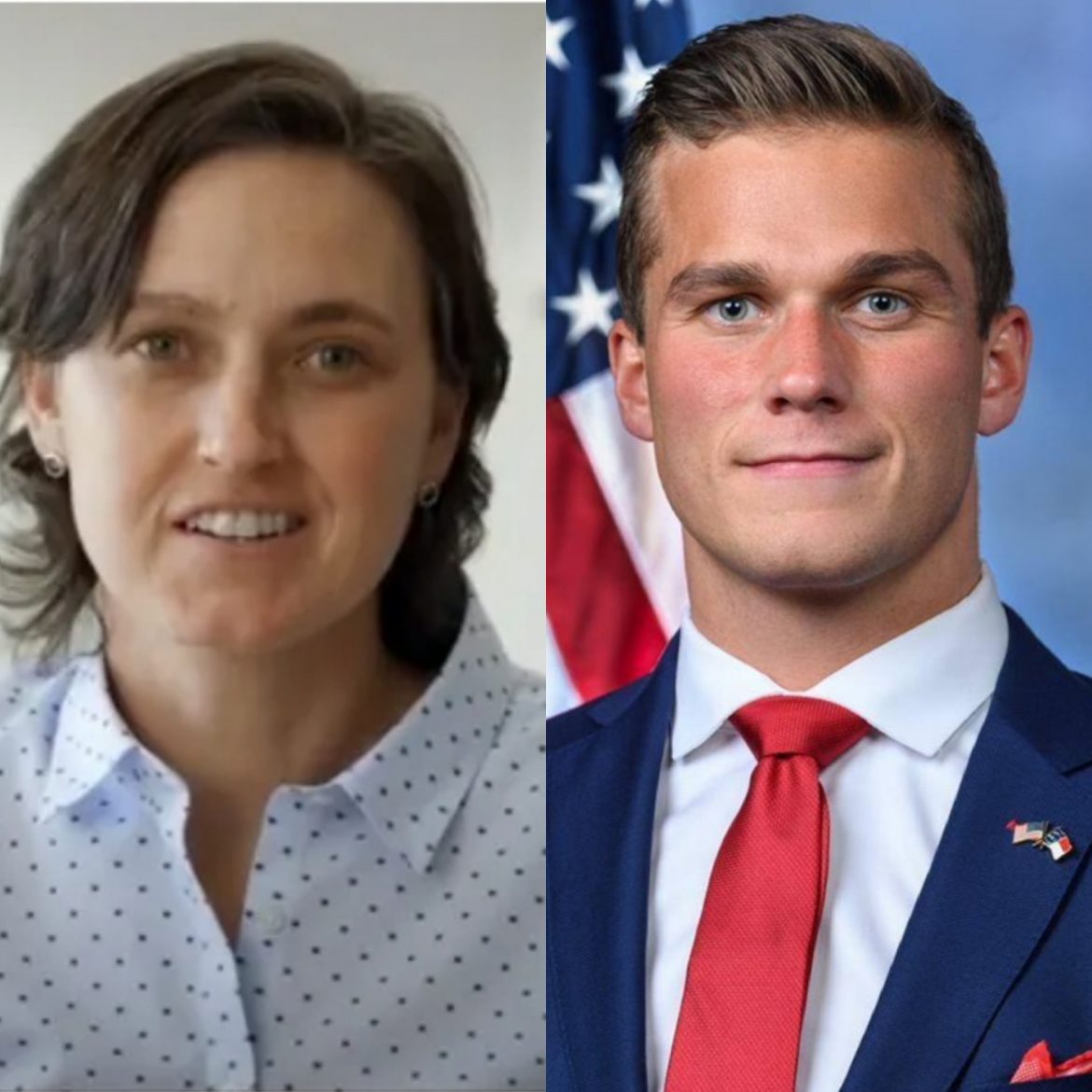 Buncombe County is known as the most liberal county in the state with Democrats overwhelmingly winning elections in the past 20 years but all other counties in the 11th District have voted Republican.

Ferrara has had a controversial but winning career in Buncombe County. Her socialist and culture driven platform has done well among Asheville voters but her policies have increased Buncombe County tax evaluations from 15% to 50% with a tax increase on the rise. Ferrara’s “de-fund” law enforcement stance has increased the crime rate to an all time high, naming the Asheville / Buncombe area the top 10 highest crime rates in the United States.

Her past endorsements include the Antifa Anarchist Firestorm Bookstore, the LGBT Southern Equality, the needle exchange group called the Steady Collective, the anarchist group called the Sunshine Movement, BIPOC, and other sexual orientation / gender related groups throught the United States.

Congressman Madison Cawthorn is a rock star among conservative American’s and an inspiration for people with disabilities. He is the youngest Congressman to ever hold a congressional office. His rally’s bring hundreds of young people together and that is considered a threat to Democrat leaders according to political strategists.

Republican candidate for 11th Congressional Distric Chair, Michele Woodhouse said, “Madison is being targeted right now which tells every constituent in the district that he is doing the right work. He is standing up for the right things and not giving into the swamp.” Woodhouse said, “Jasmine is a far left liberal activist that is trying to take her personal agenda and spread it across our conservative district. She is even to far left for Buncombe County.”

NC Democrat State Rep John Ager said, “The campaign for our US House seat in Western North Carolina is underway only a few months after the election of Madison Cawthorn. I expect a large field of candidates, from both parties, to run for this office. Rep. Cawthorne has already proven himself unworthy of the office, and it is my hope he will be a one term mistake by our mountain voters. I believe he will have a serious primary opponent, perhaps Sen. Chuck Edwards or Sen. Kevin Corbin. On the Democratic side, there are already a number of candidates organizing campaigns, including Buncombe County Commissioner Jasmine Beach-Ferrara. She is a thoughtful and well spoken leader, most well-known for promoting LGBT equality. Her challenge will be to bring that message to voters outside of Buncombe County.”

Cawthorn’s Youth May Hurt Ferrara’s Chances – In his first month in office, congressional staffers tell Skyline they are “astounded” at how the freshman congressman, (Cawthorn), has made so many accomplishments in 30 days and attribute it to his youth.

A former staffer for former Congressman Mark Meadows, that does not want their name mentioned, said, “Madison, and all the freshmen Republican congressmen actually, have accomplished more in 30 days than any of their predecessors.” Staffer said, “We think it is his youth. His whole staff is young and patriotic. They have not got wrapped up in this hell hole up here,(Washington). Madison is a real person that does not wait for bureaucratic procedures to get things accomplished. Frankly other Congressmen should follow his lead.”

In 30 days Madison Cawthorn has opened five offices. One in Washington and four for the voters of Western NC. Cawthorns Facebook page illustrates he and his staff have co-sponsored bills to help Veterans and Covid relief. As WNC businesses were striving to survive during the pandemic, Cawthorn and his staff helped businesses and individuals secure stimulus money lost in bureaucracy. Cawthorn co-sponsored a bill to hold the World Health Organization accountable for dis-information regarding covid-19 and China. He also organized a Delegation Letter to NC Governor Roy Cooper regarding Covid 19, co-sponsored a bill preventing crimes against Veterans, and more.

Cawthorn made national news when he exposed Speaker of the House Nancy Pelosi forcing hundreds of National Guard Soldiers into a parking garage, where they were forced to sleep in cold temperatures. After Cawthorn brought attention to it, the Capital and other federal buildings were opened back up to house the soldiers.

The Facebook page says Cawthorn is not spending most of his time in DC but rather spends his time in his district visiting and listening to what voters and businesses need.

Skyline contacted the NC Democrat Party for a statement but they did not reply by report time.