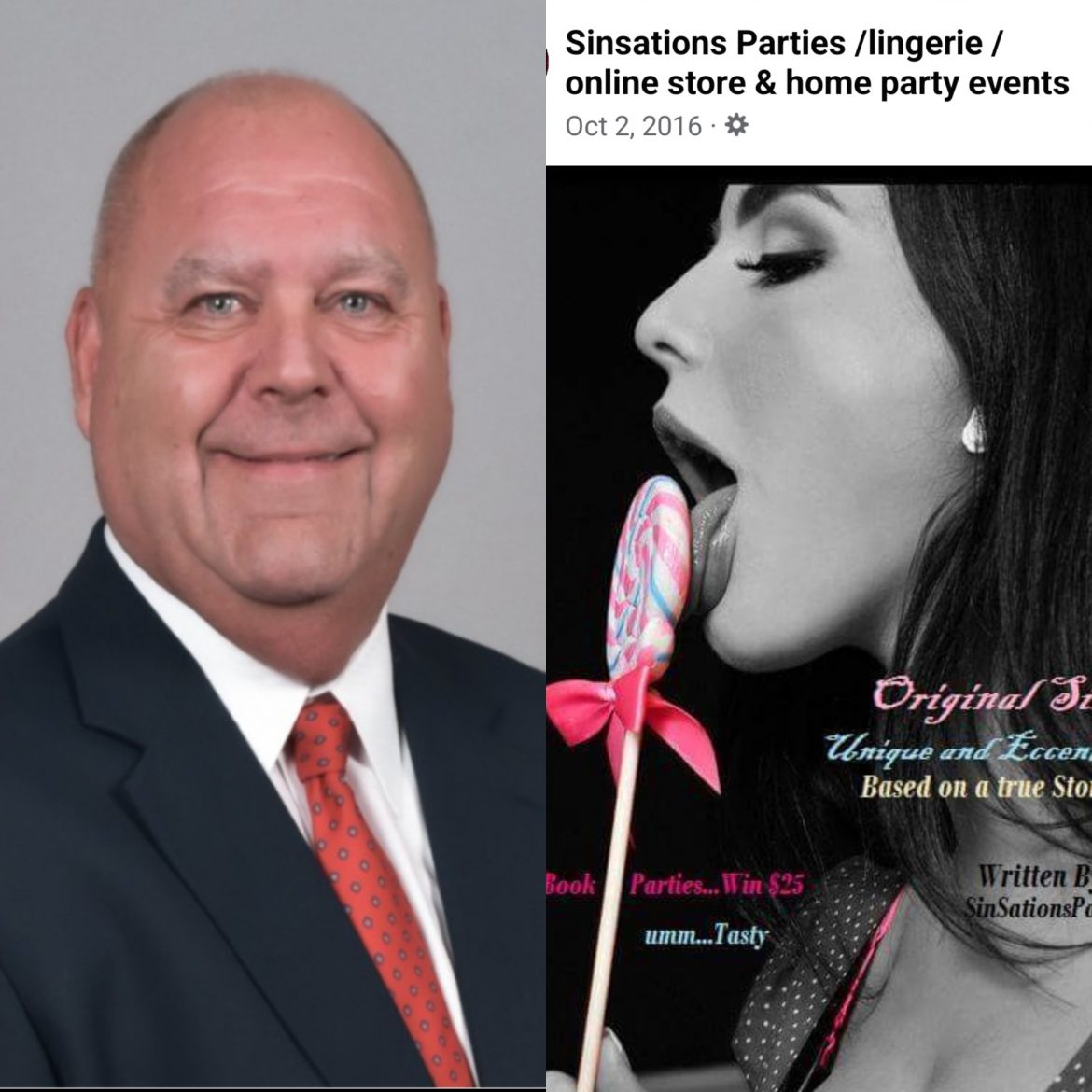 SKYline has investigated the backgrounds of both Democrat and Republican candidates running for Sheriff of Buncombe County.

These candidates are in a primary and they are Democrats Quentin Miller and David Hurley. The Republicans are Ben Jaramillo and Jeff Worley.

During the Jeff Worley investigation a cover up began with Jeff Worley avoiding Skyline News questions regarding Facebook posts alleging his involvement with a sex toy business called “Sinsations”. Skyline was also blocked from all Jeff Worley social media.

According to public Facebook posts, Sinsations is owned by a Priscilla Hendrix and has been in business since 2010. Sinsations throws party’s for adults looking to buy sex toys, lubricants, and adult costumes. It’s website is sinsationspartiesscrew1. com

A dancer that worked at the Treasure Club strip bar in Greensboro NC, that does not want her name mentioned said, “I was at one of the after hours party’s. They get a little kinky.” Asked what she meant by kinky? Source said, “We tried the vibrators out on each other.”

One Facebook post made by Priscilla Hendrix on December 8th 2015 said, “I want to brag on this week Jeff Worley. He has hit the Sinsations family running parties, sales, orders.” Hendrix said in the post, “He’s served NC proud for years as a retired NC HP patrol officer.” Hendrix said, “Your our Sinsations rep of the week.” Jeff Worley replies in the comment sections pictured. Facebook updates profile pictures when looking at older pages in real time. The Jeff Worley for Sheriff logo is seen in his profile icon and pictured in this report.

On July 4th 2019 Hendrix made a public Facebook post taging Jeff Worley. The post claimed Hendrix floted Jeff Worley’s name to a NC Highway Patrol Officer to try to get out of a ticket during a traffic stop. The post was liked by Jeff Worley.

A credible source, that does not want to be named, contacted Skyline with pictures of Facebook Instant Messenger conversations alledged to be between Jeff Worley and six diffrent women. Skyline tried to contact Jeff Worley and his campaign manager Sandra Ingle regarding these sexualy explicit pictures. They have yet to respond.

One picture alledgedly shows Jeff Worley responding to a female. Worley alledgedly said in the post, “Luv to watch the head slowly spread those sweet, swollen lips as you slowly slide down onto me.” The message is followed by an invitation to a “Campaign Kick Off for Jeff Worley for Sheriff at Worley Automotive.”

Another alledged message, with another woman, shows a picture of two people having sex. Worley alledgedly says, “I need to see you from that angle.”

Another message alledgedly shows a conversation between Worley and a diffrent woman. The picture on the message said “It’s Cocktober! Happy Swalloween!!!”, with the response, “Right???”

Skyline contacted former Tri-County (Henderson, Transylvania, and Polk counties) Republican District Attorney Greg Newman about the Jeff Worley allegations. Newman said, “It raises questions you don’t need. Raises questions about his hiring and his standards. This is something that if you are hiding it could be used against you.”

John Millan is a former NC Highway Patrolman, Special Deputy US Marshall, Detective Lt of Narcotics with the Avery County Sheriffs Office, Former Chief of Police of Galena and Hoonah Alaska, and the current Coroner for Avery County. Millan said, “There are your First Amendment Rights and there is where you are employed. Most agencies are not going to allow you to work there and bring their credibility down. It’s called ethics.” Millan said, “Citizens have a right to ask questions of people running for office and their silence becomes defening if they do not answer the questions.”

Former Asheville Police Officer Steve Oxner was Sergeant of the Crime Prevention and Community Services Unit for APD. Oxner had concerns about the Jeff Worley allegations and any law enforcement Officer doing something that criminals could hold against them, “My concern would be about what defense attorneys would bring up. They will turn and attack the Sheriff or Officer on the stand for their credibility and their integrity.” Oxner said, “To be a Sheriff you have to be a man of integrity.”

A former Buncombe County Deputy District Attorney, that does not want their name mentioned, said “With the Worley allegations I would be concerned about a “Giglio order.” Asked what a Giglio order is? The former District Attorney said, “Well for example let’s say a law enforcement officer is caught taking pictures of his penis and sending those pictures to a consensual adult. It’s legal as long as it’s consensual and not sent to a minor. Months later that same officer arrests a teen or an adult for sending sexualy explicit photos to a minor. I can’t put that officer on the stand to testify because the defense will call to the credibility of the officer. An officer not allowed to give testimony against the defendant the officer arrested makes the officer ineffective.”

Note – SKYline has tried to reach Jeff Worley and his campaign manager several times but they have refused to comment. Skyline also tried to reach Priscilla Hendrix, owner of Sinsations, but she did not return our call.