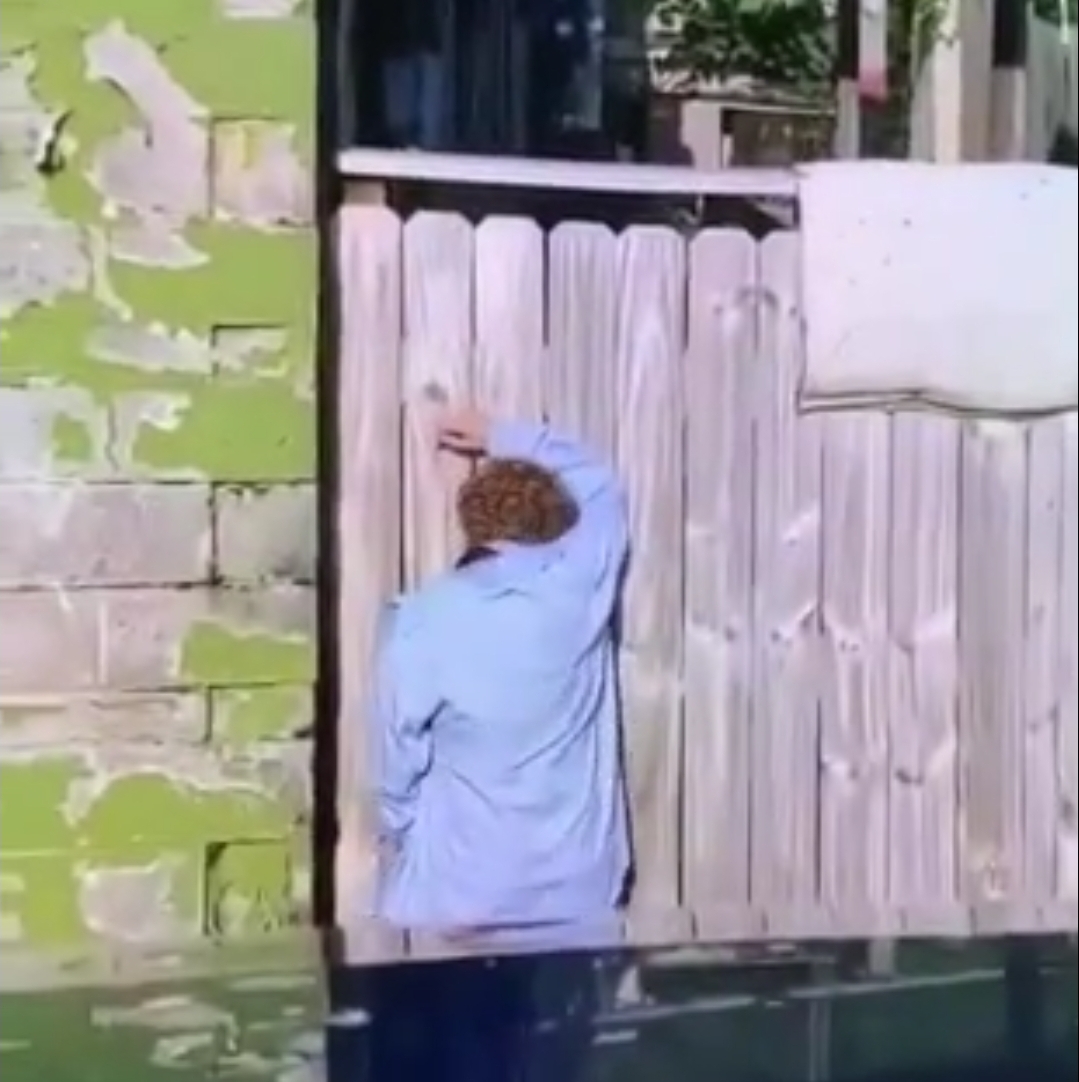 Our reporter verified the location and asked if anyone had seen the man before. Rhoda McMin said, “We seen him sitting on the sidewalk. When we drive by he whips it out and acts like he on drugs or something.” McMin said, “We called the cops but they said they couldn’t come. Told us to fill out an online incident sheet but hell, what good does that do. Police got to catch him when he doing that nasty thing.”

A manager of a Haywood Rd business, that does not want their name mentioned, said, “He masturbates in front of children, beside cars, and buildings.” Manager said, “He is always wearing that same shirt and jeans. We have run him off several times and he hides between the cars in the parking lot. Everyone needs to be aware of him.”

The man is said to be in his 30’s with blond to light brown curly hair. He wears a light blue shirt.

Skyline tried to speak with the manager of City Nails but could not be reached.

The Asheville Police Department has not responded to Skyline as of this report.

Below is the video. **WARNING GRAPHIC**.