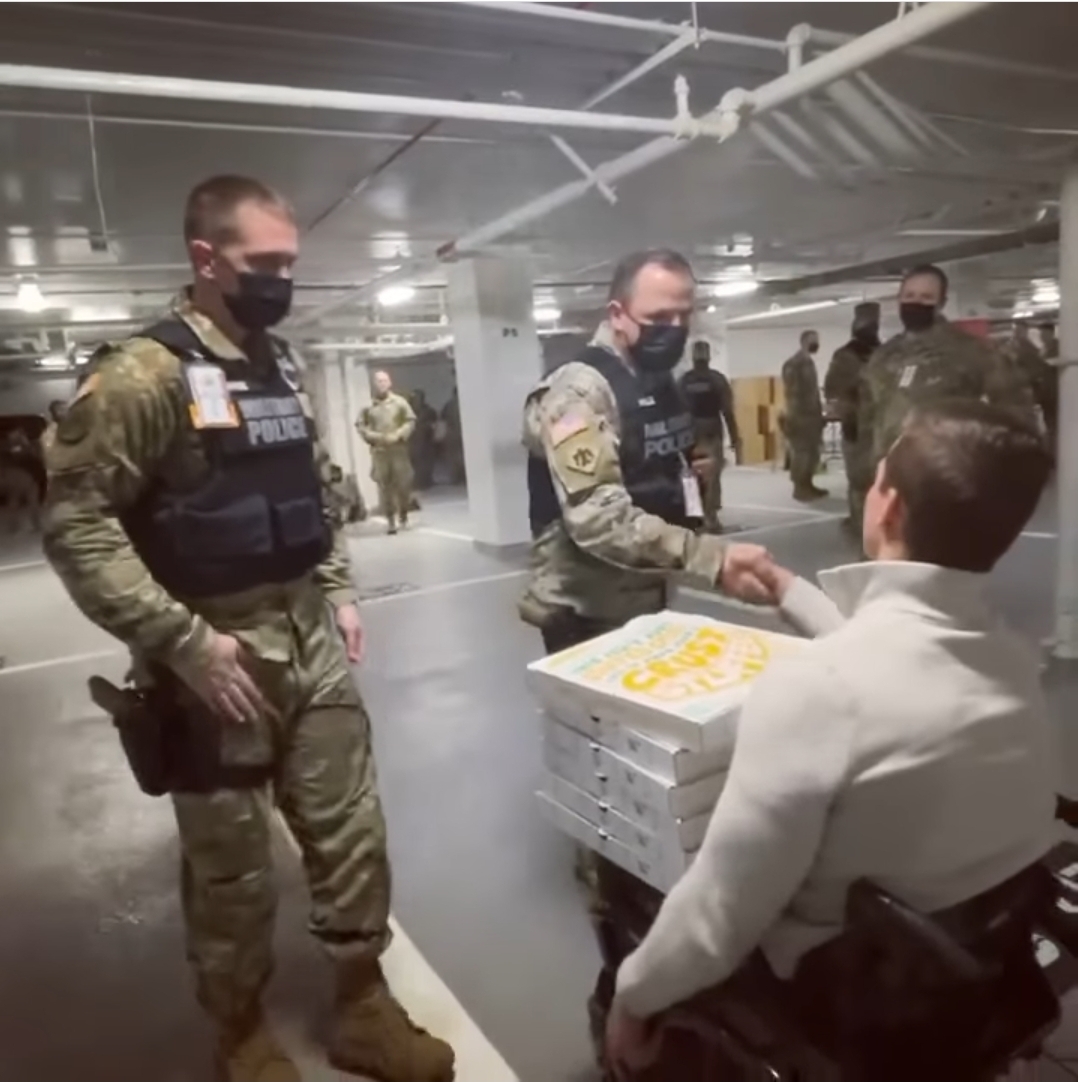 National Guard troops were allowed back into the Capitol to rest after being asked to move by Capitol Police, a request that sent some to a parking garage, officials said.

Congressman Madison Cawthorn expressed outrage that troops were told to get out of the Capital building and sleep in the garage, a garage that only had one restroom for thousands of Troops.

Last night Congressman Cawthorn and his staff delivered dozens of pizzas for the Troops in the garage and expressed Cawthorns concern that Troops were not being treated with respect.

Congressman Cawthorn said, “No soldier will ever, ever sleep on a garage floor in the US Capital while I work in Congress.”