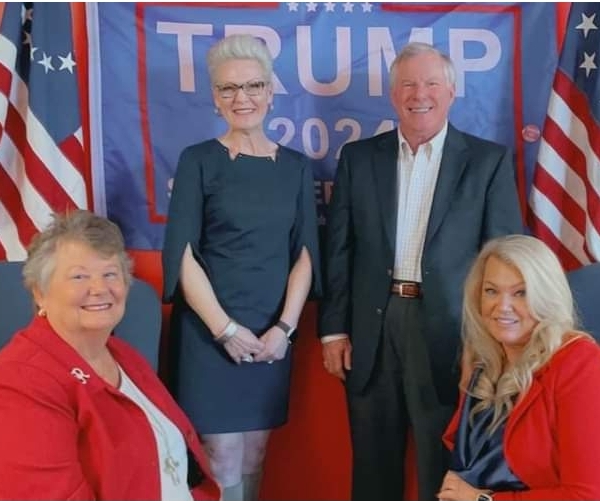 The NC 11th District Republican Convention was today and delegates voted in a new leadership team. They are –

Western NC Republicans call the five “The A Team” for their non-stop action within the Republican Party. In the first hour of being elected the team has called out Democrat Stacy Abrahams, who now has an office in Asheville and has left the state of GA in a loss of 100 million dollars by calling for a boycott of the MLB All Star Game.

Asheville resident Collin Gelle said, “I heard Michele Woodhouse speak on Skyline News and was extremely impressed and excited to hear her speak.” Gelle said, “She reminds me of Trump. She tells it like it is.”

“We are smart people in Western North Carolina. We know how sinister the Democrat Party is.”, said former Asheville Democrat turned Republican Mellisa Bream. Bream said, “I left the Democrat Party because they kept lying to us and their communist ways. I am glad to hear about Mrs Woodhouse and the A Team. They will fight for us here in the mountains.”