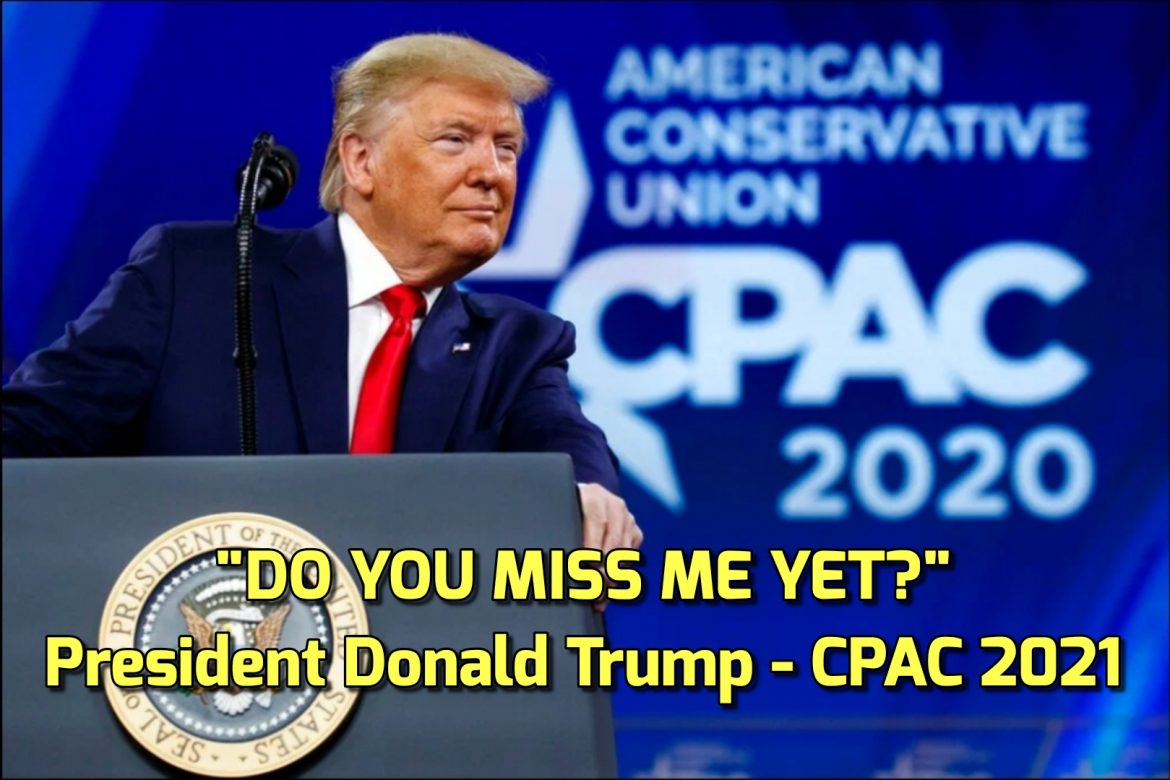 Sunday’s CPAC meeting with President Donald Trump had the largest TV and Social Media ratings the meeting has ever had. Millions across America tuned in to hear what some are calling the former President’s “State of the Union Address.” Leicester resident Dee Maxwell said, “It is way past time for President Biden to give his first State of the Union Address to the nation. I think Trump gave it for him and it was 100% accurate.” Maxwell said, “Biden has destroyed American jobs and energy independence in less than 30 days. We would have never been in this situation if we had stopped Biden from cheating in this fraudulent election.”

Trump also won the straw poll with a 97% approval rate.