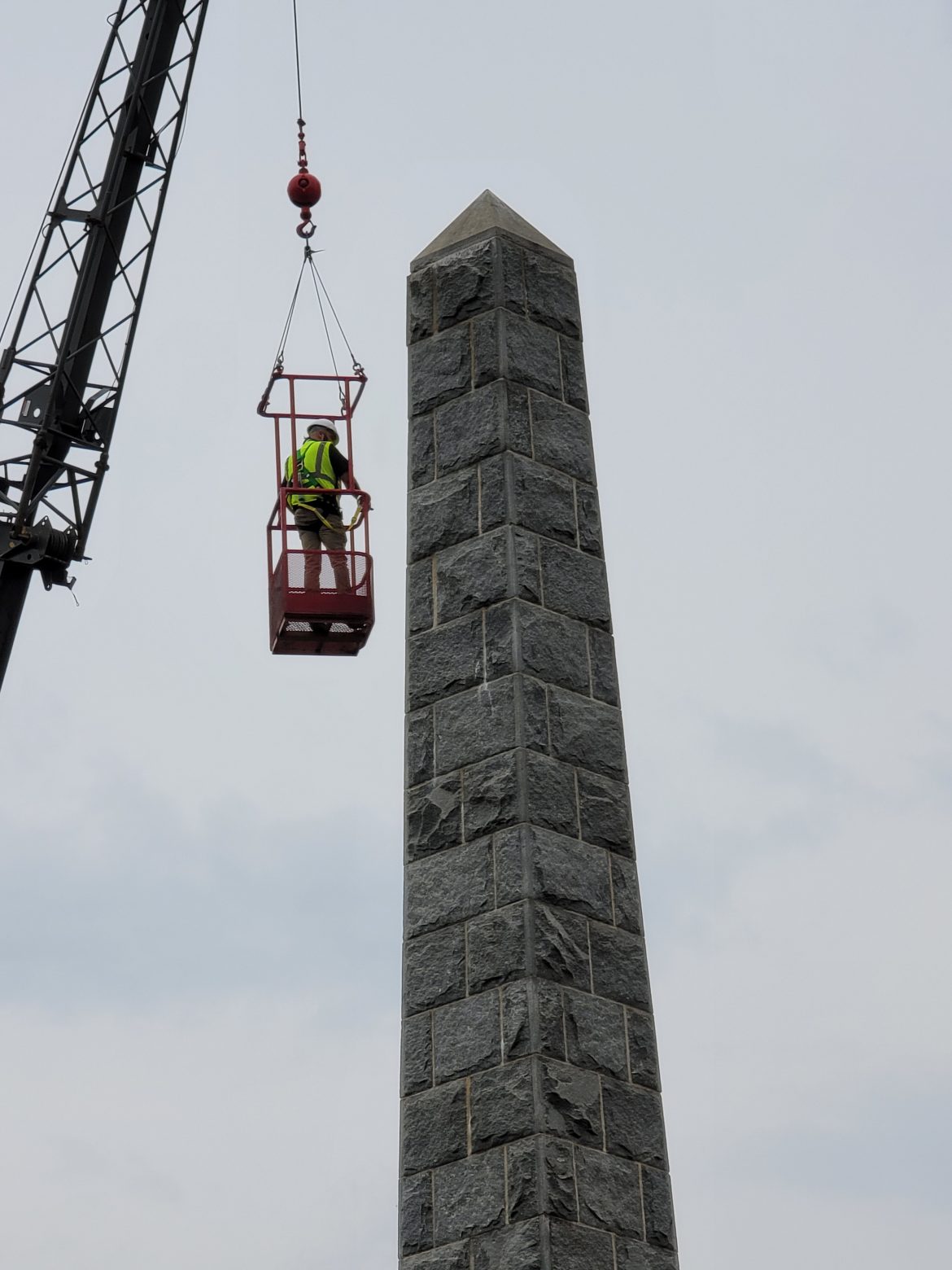 Attorney Edward Phillips filed a “Motion to Stay” with the NC Court of Appeals putting a temporary stop to the destruction of the Vance Monument. Sources at Asheville City Hall tell Skyline that City Attorney Brad Branham told the demolition crew to “stand down”. Source said, “Branham told the crew to stand down until he sees what legal challenge the city may have.”

Another source, that does not want their name mentioned but works with the demolition company said, “They, (the City of Asheville), said they maybe able to start back Thursday or Friday.”

The demolition crew removed the pyramid top of the Vance Monument yesterday. A man named Wessley Mathews contacted Skyline with a picture. It shows Mathews behind the barricades, sitting on the top that was removed from the monument.

City Hall Source said, “Asheville City Council has made this entire monument thing a fiasco. The controversy they started has become a safety hazard to the men hired to take the monument down.” Asked the source what she means? Source said, “Obviously by this picture people are going in the work site who are not authorized to be there. What if they tamper with the safety equipment the men use or the cranes?”