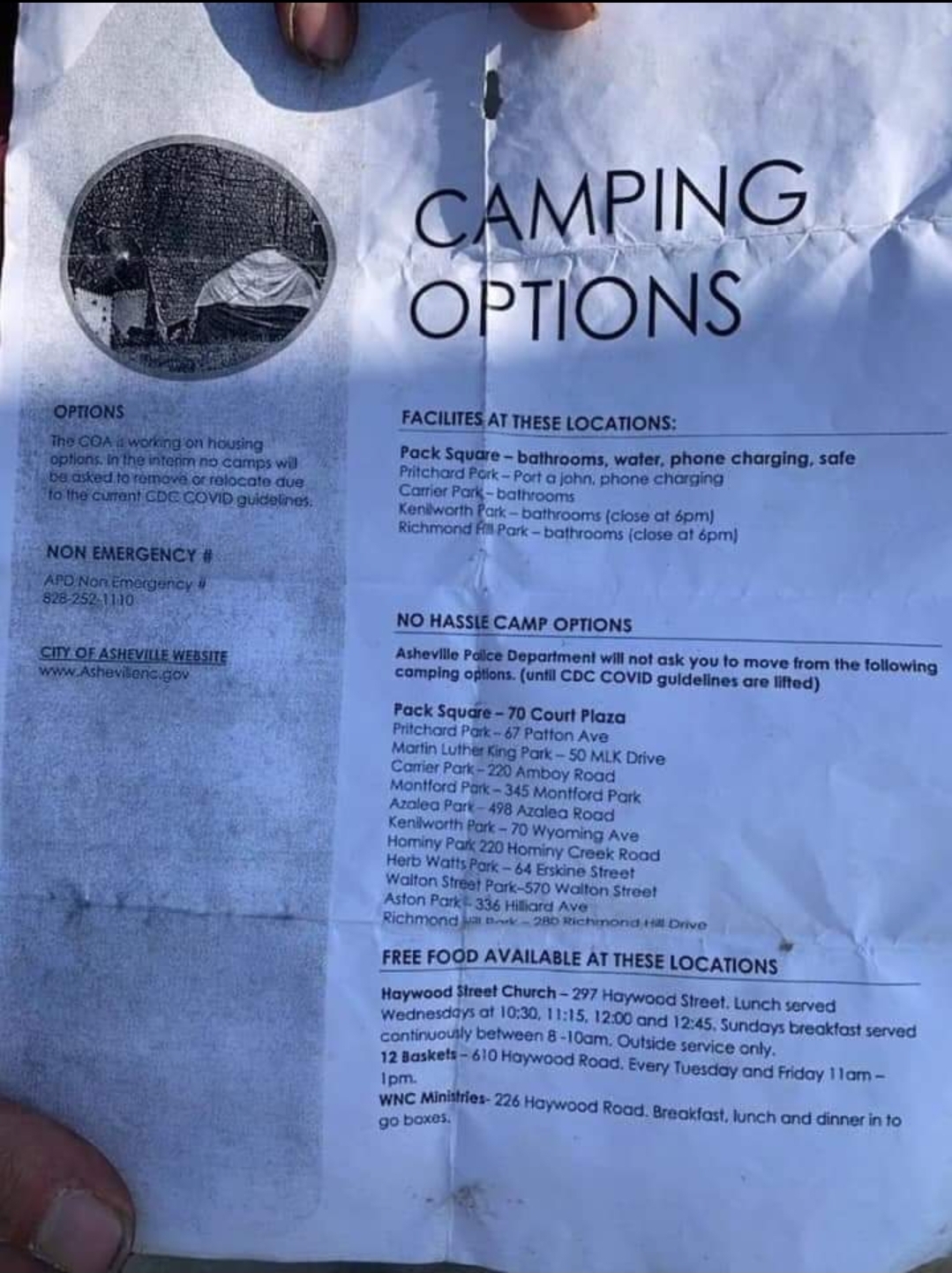 The City of Asheville is allowing vagrants to sleep in public parks with “no hassle” from police according to a flyer the city is handing homeless vagrants. Most of these parks have no restroom facilities or porta-johns.

In reality, vagrants are allowed to camp anywhere they want in the City of Asheville without hassle unless there is a “Letter Of No Tresspass” on file with the COA and “No Tresspassing” signs are on the property.

Vagrants have been seen at every red light along Tunnel Rd, behind shopping centers, along Patton Ave., Haywood Rd, Cherry St, Charlotte St, and throught the entire downtown area. Vagrants have spread into the Weaverville, South Asheville, Candler, and Leicester areas as well.

Asheville resident Lisa Vanarsky said, “It is the same people panhandling every day on Airport Rd. These are not homeless people. They are vagrants that want to live in tents. This is the way they want to live.” Vanarsky said, “I worked with One Eighty Place in Charleston SC and the truly homeless seek help. Vagrants don’t. Vagrants are dangerous and need a mental or drug addiction facility.”

Despite repeated requests, the City of Asheville has not responded to Skyline News emails regarding questions of crime in vagrant camps. The Asheville Police Department’s P2 website shows daily arrests in vagrant areas for larceny, breaking an entering, assault, assault with a deadly weapon, drugs, and more.