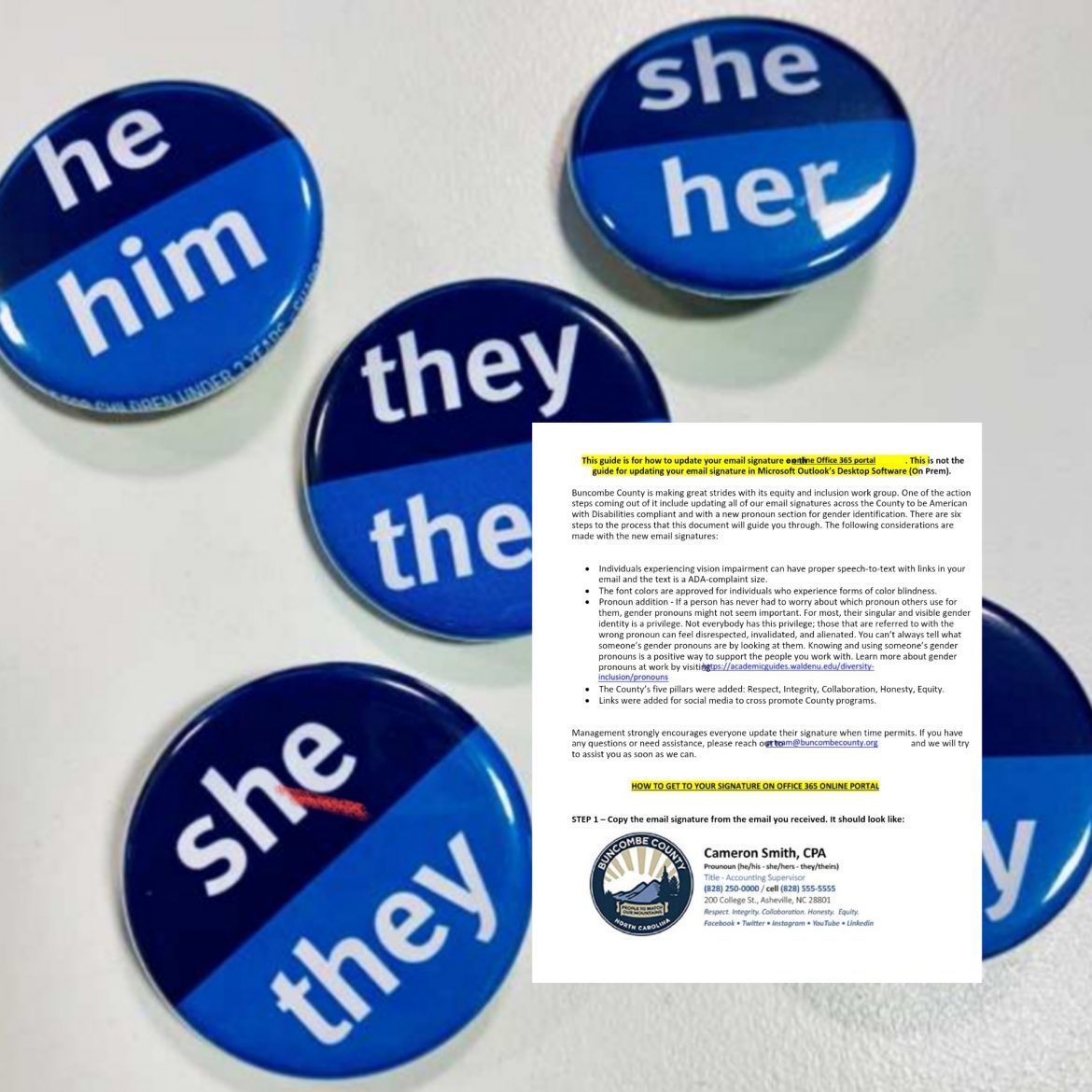 Skyline News has obtained an email that went out to all Buncombe County employees yesterday from the county’s “Communications & Public Engagement” division.

The email tells all county employees not to use pronouns when addressing contacts and other people. The email says, “singular and visible gender identity is a privilege. Not everybody has this privilege. Those that are referred to with the wrong pronoun can feel disrespected, invalidated, and alienated. You can’t always tell what someone’s gender pronouns are by looking at them.”

The email tells the county employees how to type, or not to type, certain words Mr, Miss, Mrs, He, She, They, and Their. It even asks the employees to use certain font sizes when addressing others.

What happens to an employee if they send an email with the wrong pronoun? Buncombe County has not said but in a 2018 CNN article a Virginia public school teacher was fired for refusing to use a transgender students pronoun.

The teacher filed a lawsuit saying he was wrongfully fired for refusing to use male pronouns.

The student was biologicaly a female but identified as male. The student and the mother asked for the student to be referred to with he, him, and his pronouns.

The teacher, Peter Vlaming, said he couldn’t “in good conscience” comply, citing his religious beliefs, according to the complaint. He used the student’s preferred male name but avoided the use of any male pronouns because the student was actually a girl.

So what do you think? Should a government fire their employees if someone is offended that you used the wrong pronoun?