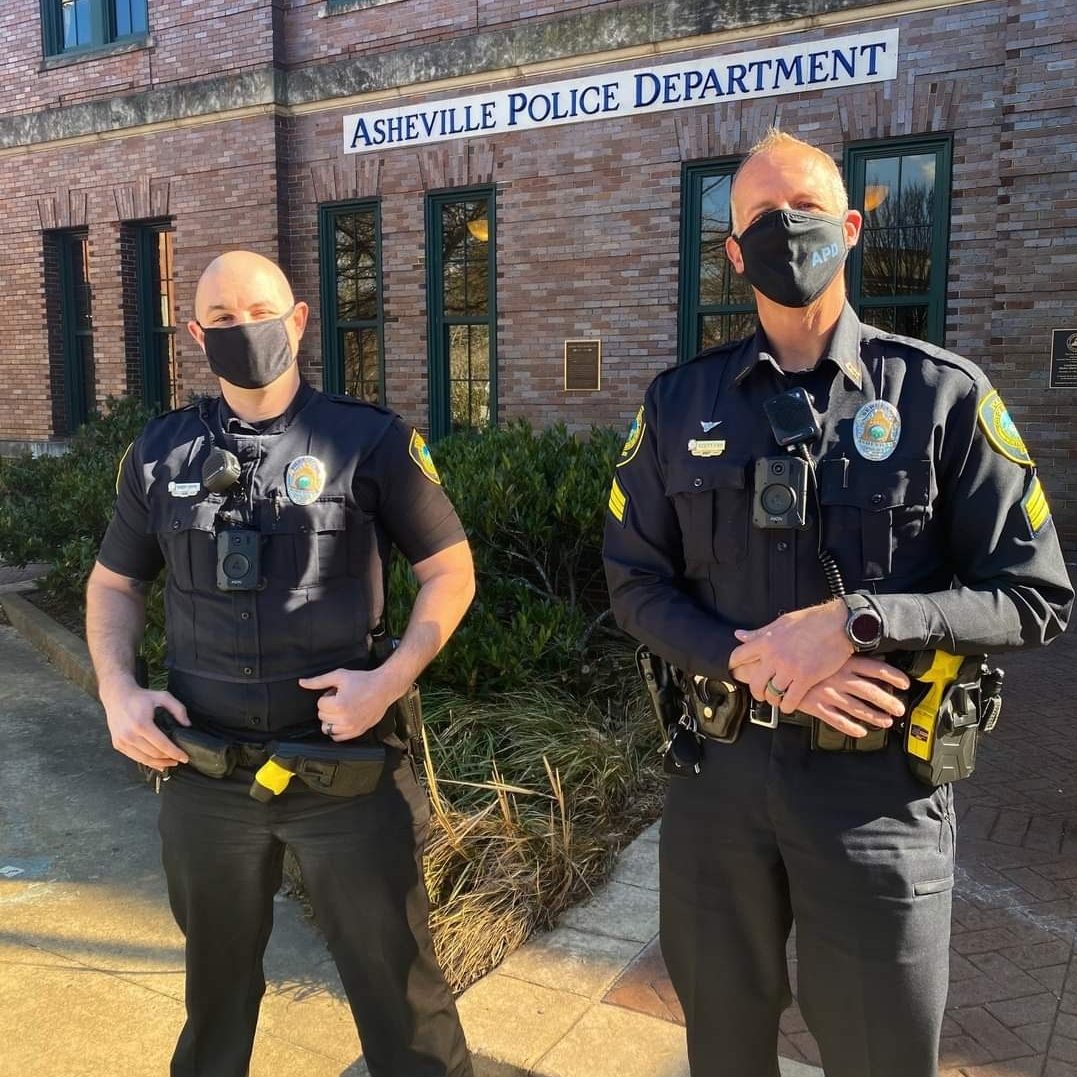 Statement from APD – “Officer Crume and Sergeant Fry were called to a gas station to check on a person who was disoriented. As it turns out, an elderly man who resides in a different state accidentally drove to Asheville. After officers asked him several basic questions, it was clear they needed to somehow make contact with this man’s family.

Thankfully, they reached someone by phone. The man did not want to go to the nearby district office to wait with officers. So, instead, Sergeant Fry and Officer Crume asked if they could simply sit with him over a cup of coffee until family arrived. The greatest rewards are often in the small things!”