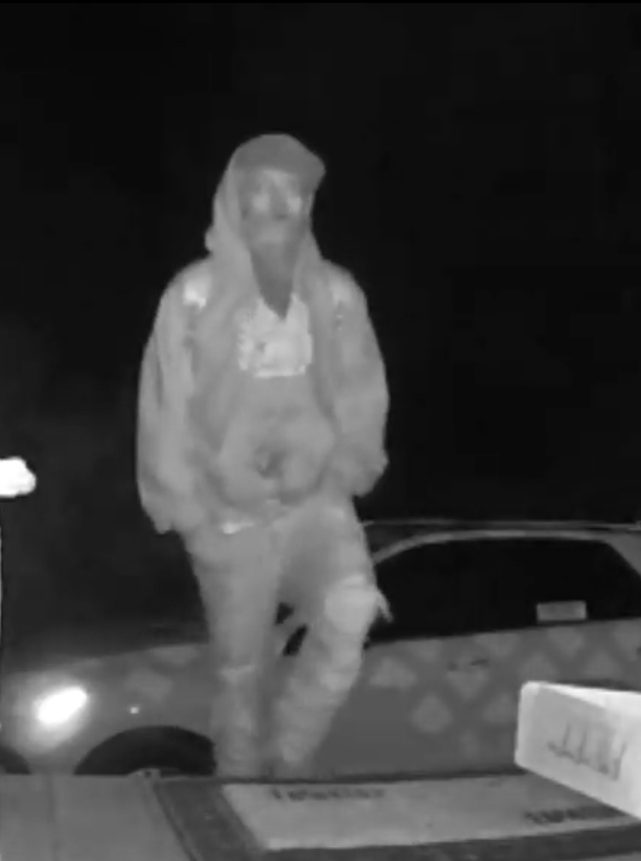 On April 23rd at 2:29am, security cameras picked up an individual walking around the home of Chad and Nancy Nesbitt in the Leicester area. The subject peeped into all downstairs windows, broke into an RV and Skyline News vehicle. The subject walked onto the Nesbitt’s front porch and peeped through the front door window then moved flower garden decorations around in the yard.

According to the BC Sheriffs Office and the BC Magistrate the subjects alledged name is Toby Mace. Mace currently has a warrant for is arrest and has prior drug and probation charges from Madison County.

Mace has seven Facebook pages and references the Juggalo Gang in diffrent pictures.

Nesbitt hosted a news report about the Juggalo Gang in the Asheville area approximately 30 days ago.

According to the National Gang Intelligence Center, there are more than one million self-proclaimed Juggalos across the United States. The Juggalo subculture’s criminal element, which has been linked to numerous crimes including extortion, murder, domestic terrorism, drive-by shootings, drug trafficking, arson, burglary, armed robbery, aggravated assault, and weapon offenses, and has been documented collaborating with a wide array of street and prison gangs.

Juggalos have been reported to have extorted homeless and homosexual individuals on the street with the threat of beatings. Juggalos carry machetes, long knives, and meat cleavers. Juggalos are usually homeless. They are initiated into gangs and herroin camps by the actions they are told to do by drug dealers.

If you see this individual in the area contact the BC Sheriffs Office immediately.